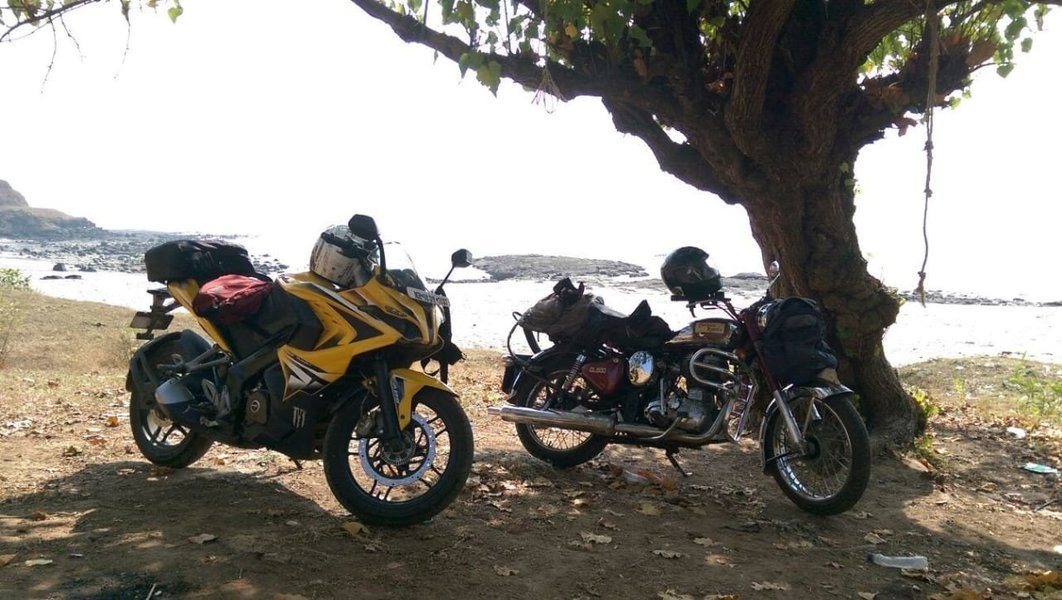 Grab your glares and head to the hills and beaches. This season we’ve bought an amalgamation of both for you. Korlai Fort enroute Alibaug is the place to be this summer!

Korlai fort was built on an island (Morro de Chaul) which guards the way to the Revdanda Creek. It was meant to be a companion to the fort at Chaul. At this strategic position the Portuguese could use it to defend their province which stretched from Korlai to Bassein. Vestiges of the Portuguese occupation are manifested in the distinct dialect of the Korlai villages’ inhabitants which is a Luso-Indian Portuguese Creole called Krist.

The fort is 2828 feet long, and its average breadth is eighty-nine feet. The enclosing wall is 5' 3" high and has 305 battlements for guns. It is entered by eleven gates - four are outer and seven are inner. At the north point, within pistol-shot of main battery is the water cistern named Santa Cruz - major source of water. The area within the fort walls is divided into three enclosures by two lines of bastioned fortifications. Each of the seven bastions bears the name of a saint.

IMPORTANT:
Bikes only 150cc and above are allowed
Make sure the bike is in a good condition for ride
Safety gears are must both for rider & pillion
Road Rules (1 file or 2 file) to be decided by group leader
It’s not a race so be in file and don’t try to overtake other riders
No wrong side riding or stunt on the highway
No alcohol on rides
Rider accompanying a pillion must settle the petrol charges on their own

Please Note:
1. Avoid wearing precious Jewelry during the event, as Trikon won’t be responsible for any losses for the same.
2. Ride decorum needs to be maintained while riding.
3. Rider without proper riding gear won’t be allowed. Helmet is compulsory for pillion.
4. Ride starts and end at McDonald’s Kalamboli

Fitness & Health: Though bike-riding is a fun-filled activity, it demands good amount of physical fitness. If you are under medication, please carry your medicines. During the ride, leaders will have over the counter medication for temporary treatment, so do give a heads up to them if you need any medical assistance.