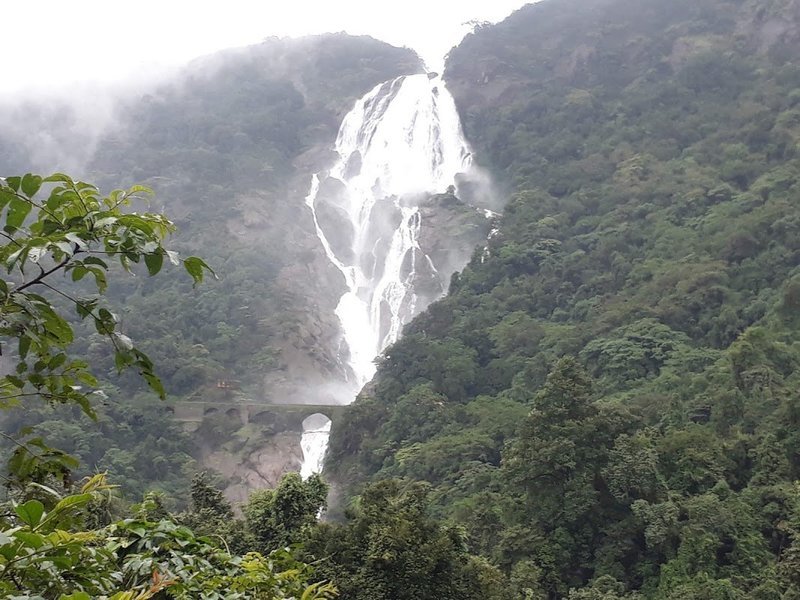 One of India's tallest four tiered waterfalls ranked fifth ,located on Mandovi river, in Bhagwan Mahaveer sanctuary and mollem national park among the western ghats. Surrounded by deciduous forest with rich biodiversity and forming the border between Karnataka and Goa states.

Does this gigantic formation of nature needs more introduction?

Take a bow! Dudhsagar Waterfalls it is..

With its spectacular view to promise every monsoon it doesn't fail to leave people awestruck with its huge presence and water flowing with an immense pride!

Located remarkably in the interiors of Goa, Tambdi Surla Waterfalls is still beyond the reach of destined travelers.  At the base of the waterfalls, is the Mahadev temple, which is still an active worship place for Hindus. Built in the 12th century, the construction boasts of Jain architecture and some adapted carvings in basalt. Though many tried to invade this temple, but thankfully it still holds the charm and has managed to preserve its beauty.

Trek route & hiking towards the waterfalls

Reach the waterfalls by crossing jungle routes and winding roads. It’s thrilling and fun-filled as many river streams meet and greet you on your way to Tambdi Surla Falls. Especially when rain pours down, the entire path and backdrop turns lush green, icing to the cake is the ever-flowing river streams that promise an adrenaline rush. All the while, when you’re trekking, the whooshing sound keeps talking to you.

And, moment you reach the falls, Ahh!!! A sight to behold and capture in your eyes.

09:30 pm: Meet the Trikon Team at CSMT Station. Train Departs for Madgaon from CSMT at 10 pm

08:40 am: Reach Madgaon Station. Freshen up, breakfast and luggage seggregation in train

08:30 pm: Freshen Up & Dinner. Stay will be Triple / Qudraple basis sharing at Kulem)

06:00 am: Wake up call. Pack your luggage and move it into cloak room.

12:30 pm: Reach base village & explore Mahadev Temple at the base.

02:00 pm: Reach the Guest House. Get fresh & enjoy having delicious lunch. Stroll around the guest house and its beautiful surroundings

05:20 pm: Mumbai Participants will move to Madgaon by Local Train 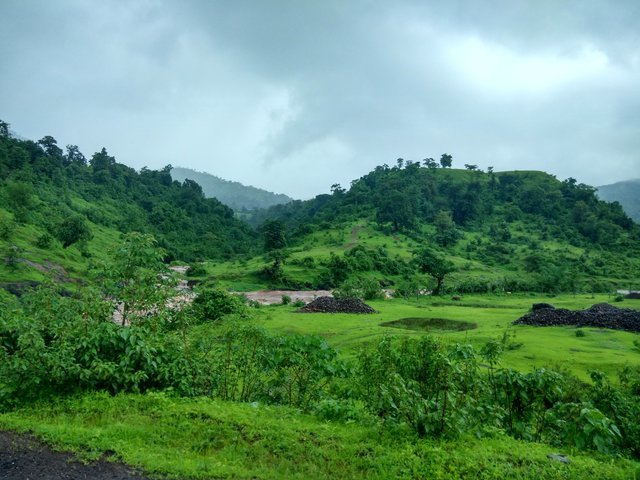