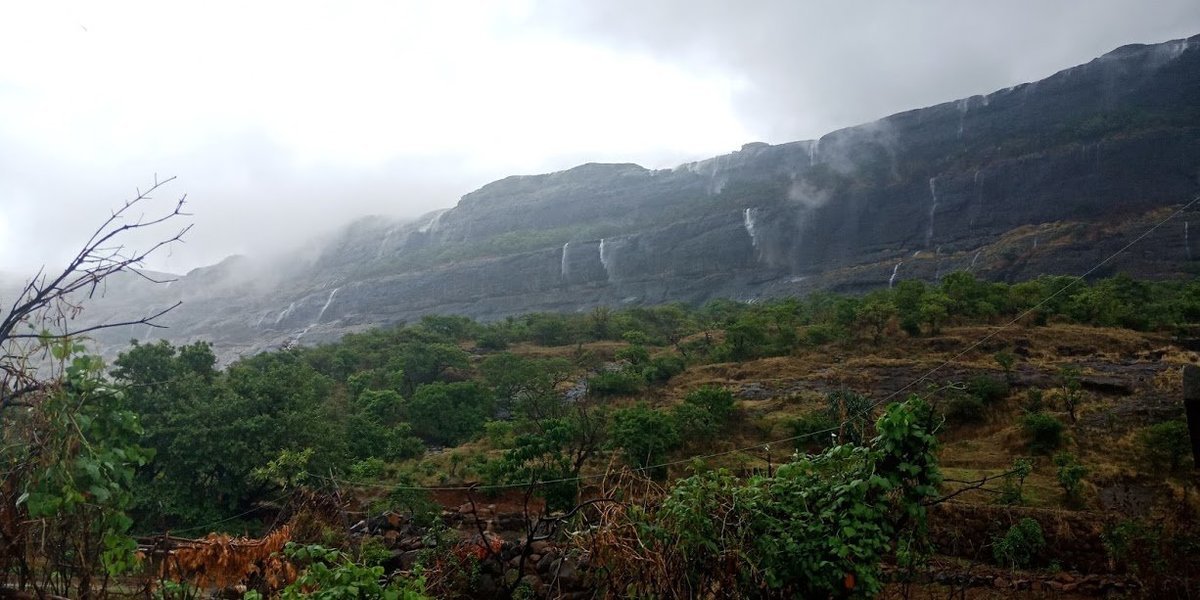 You ought to visit the Harishchandragad to witness the grandeur of this medieval-era fort. And what better way to explore it than trekking the fort in the monsoon! Yes, the Harishchandra fort trek never fails to amuse trekkers and tourists with its historical and mythological significance. Located in Ahmednagar amidst the scenic Malshej Ghat, the fort stands proudly at an altitude of 4,670 feet.

Considered among the best treks in Mumbai, the Harishchandra fort finds references in various ancient scriptures including Matsyapurana, Agnipurana and Skanda Purana. Various carvings on Kedareshwar and Harishchandra temples indicate the fort dates back to the medieval era.

The Saptatirtha Pushkarni which means Seven Waters situated along the eastern side of the temple is known for its miraculous healing properties. Kokankada or Konkan cliff and Taramati peak are other major highlights of the Harishchandragad trek.

The fort was captured by Moghuls for a brief period which later came under the control of Marathas in 1747.

If you are exploring treks near Mumbai, opt for the Harishchandra monsoon trek. The total time to climb this medium-level endurance trek is 3 hours one way. Come explore the most magnificent forts in Maharashtra, set out for the Harishchandragad trek from Mumbai, the experience will be no less than memorable!

Harishchandragad trek never fails to amuse wanderers with its abundance of mythological and historical importance while the most picturesque are it's mountainous ranges.

Harishchandragad is a hill fort in the Ahmednagar District of Maharashtra. Its history is linked with that of Malshej Ghat kothale village and it has played a major role in guarding and controlling the surrounding region. The fort is quite ancient. Remnants of Microlithic man have been discovered here. The various Puranas (ancient scriptures) like Matsyapurana, Agnipurana and Skandapurana include many references about Harishchandragad. Its origin is said to have been in the 6th century, during the rule of Kalachuri dynasty.

This cliff faces west and looks down upon the Konkan. It provides a scenic view of the surrounding region and the setting sun. The cliff has an overhang, but has been climbed many times. Sometimes a circular rainbow (Brocken Spectre phenomenon) can be seen from this point. It can be seen only when there is a bit of mist in the valley, and the sun is right behind the person facing the valley.

Day 1:
05.00 am: Reach Base Village and freshen up
06.00 am: Breakfast
06:30 am: Commencement of the trek through Pachnai Route after briefing and a short introduction
08.30 am: Reach Harishchandragad; Explore & Konkan Kada
11.30 am: Start descending
01.30 pm: Reach base village and freshen up (Lunch will be provided)
03.30 pm: Start return journey
08.30 pm: Reach Mumbai (Depends upon the traffic)

IMPORTANT: Avoid wearing precious Jewelry while trekking, as Trikon won’t be responsible for any losses for the same.