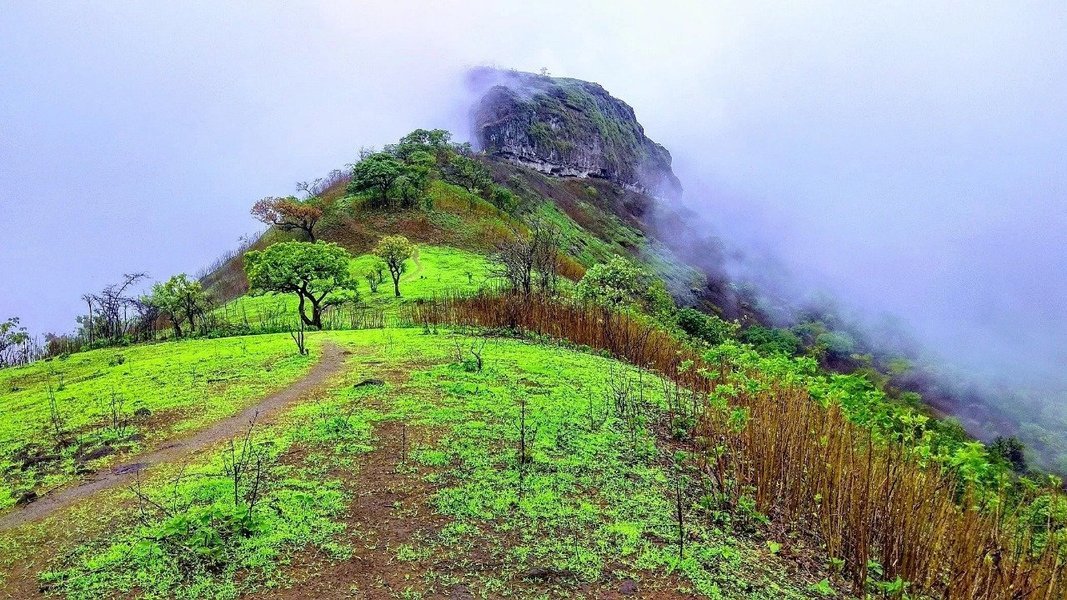 Surrounding itself in a mist with a flowing river, is what beautiful location will offer you. This location other than Bhaskargad. Bhaskargad is a must do trek during the monsoon season.Bhaskargad is also known as Basgad.43 km east of Nashik at the Trimbak range, lies this mesmerising fort. Bhaskargad is also known as Basgadwhich is in the trimbak rang which is near "Trimbakeshwar", known among the 12 "Jyotirlingas" in India. The base village of this fort is Nirgudpada, which is 20 km away from Trimbakeshwar. From Nirgudpada, the fortHariharis visible from here, and Bhaskargad will be seen on the left side of the village. You will also see a beautiful rivulet which you need to cross in order to reach the trail to the fort. This will take you to the steps after a hike of about an hour and a half.

There are steps which take us to the main entrance cut through the mountain rock along the stone walls. Unfortunately, the main entrance of this fort is buried under the soil. You have to crawl a little bit to enter the fort. When you reach the top you will see that there are only fort walls and a few remnants of the houses and water cisterns on the top.There is a rock-cut water cistern on the fort. There is a rough idols of Veer Maruti on the fort. It takes about half an hour to visit all places on the fort.

Bhaskargad was built to guard the ancient Gonda Pass. It was a trade route from west coast towards Nashik.During the period from 1271 to 1308 this fort was under the control of Yadavas of Devagiri. Later Bahamanis captured Devgiri and the fort came under the Bahamanis control. Much later in 1629 when Shahaji Maharaj revolted against Nizamshahi, he captured the fort and took it under his control.  Mughuls regained it in 1688. In 1730, the fishermen rebelled with Mughals and captured the fort. Later it was with Peshwas till the British captured it in 1818.